Recently, I went to Austin for a writing retreat.

The reason I went I can’t really explain, other than to say I felt compelled to go. I’d just gotten to know the organizer, Terri Trespicio, through email after meeting her at Statement Event in New York City in May.

She sent an email to her list talking about the transformative nature of giving yourself space to write and get feedback on your writing. I checked my business account to see if I could afford it, I checked with my husband to see if I’d be missed too much for a four-day escape, I asked a couple of friends if this seemed crazy, and I bought a ticket less than three weeks before the event.

Terri immediately replied to my application enthusiastically, and I was psyched. Not at all nervous, just very excited to go.

Here’s the link to her event page: TerriTrespicio.com/intensive

It didn’t go into the minute-by-minute detail of what we’d do, only that we’d get to write and we’d be taken care of the whole time we were there.

I bought a new notebook, packed my pen and ink, and was off to Austin.

The intensive was intimate. There were three teachers including Terri, five students, one coordinator, and the chef and her husband. That was it.

Boy did we write. Gateless writing operates under the assumption that the creative energy is stifled by criticism, so we’re given a period of time to write, then we read our first drafts out loud, then we get gateless feedback, which is to say feedback on what worked. Not what needs to be delved into more deeply. Not what didn’t work. Simply what worked.

This group was a group of amazing and brilliant writers. One is a grammy-nominated folk star. One writes movies. One writes from a deep and soulful place. One writer made me cry almost every time she read.

And at first, that was inspiring. Thursday night found me trying to go to sleep but having a difficult time because I was so happy and excited. My energy and enthusiasm stayed with me all day Friday.

When I couldn’t go to sleep because I couldn’t stop thinking about how there somehow had to be a mistake.

I had to get up, open my notebook, and write all the things I was feeling.

That helped, so I went to bed.

But on Saturday, the feeling didn’t go away. In fact, it just got worse as the day went on.

We did this exercise with a giant post-it and a whole bunch of smaller post-its that you were supposed to put on a tree. I made my tree, then added post-it notes, then got irreversibly stuck.

There’s a magical thing that happens sometimes when you’re too close to your own work: someone brilliant comes by and spends a few minutes tinkering, turning your pile of balsa wood into a bridge and asking if that looked better.

In fact, my pile of balsa wood, through the magic of Terri, had arranged itself into a nearly complete outline of the book I’m going to write.

But that didn’t help the negative feeling deep in my body. The feeling that said I simply didn’t know anything about anything.

I was feeling miserable and couldn’t shake it.

Things got worse as the day went on. There was a videographer coming to give us a gift — we were going to talk about whatever we wanted for 15 minutes in the golden hour.

We were on a tight timeline with the videographer, who was going to film us inside after dinner talking about something we were going to polish. I probably don’t have to even articulate how that made me feel.

So I went first to get it out of the way.

And somehow getting on camera made everything better. 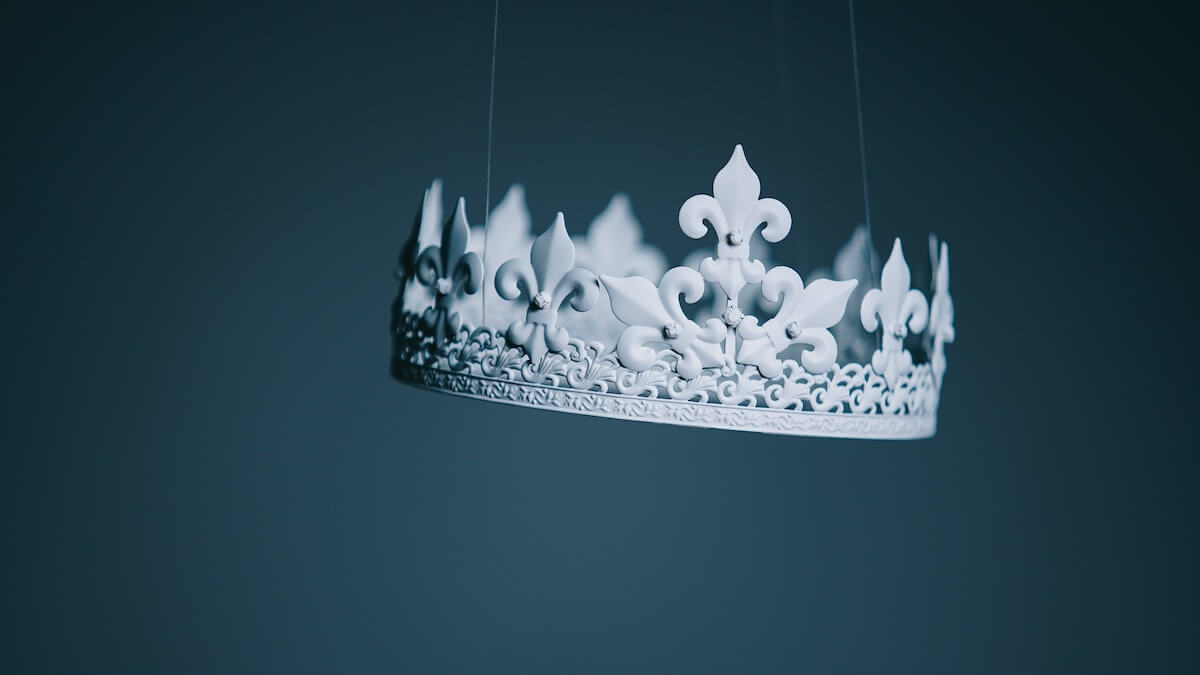 “Do you want to talk about writing?” Sarah said as they hooked up my mic.

“No, please. Anything but that.”

“OK, how about marketing? Why do people need webinars?”

A switch was flipped and all of a sudden I was both lighter and more firmly planted in the ground.

Hello comfort zone, I have missed you so.

My time on camera flew by, and I knew what I was going to talk about during the talent show.

I was going to talk about how I was feeling. Because I wasn’t on the other side of it, not yet.

I’ll share the footage because I’m proud of what I put together on the fly, without notes. I’d been thinking about imposter syndrome (or as it had felt, the pure and simple act of beating up on myself) for the last 18 hours, why not talk about that?

Here are my takeaways:

Imposter syndrome is the voice in your head telling you that you shouldn’t be here, that no one wants to hear what you have to say, that you’re completely under-qualified and unbelievable and therefore not the right person to write about this topic.

It’s bullshit, and it lies.

Thought 1: Imposters DO NOT FEEL THIS 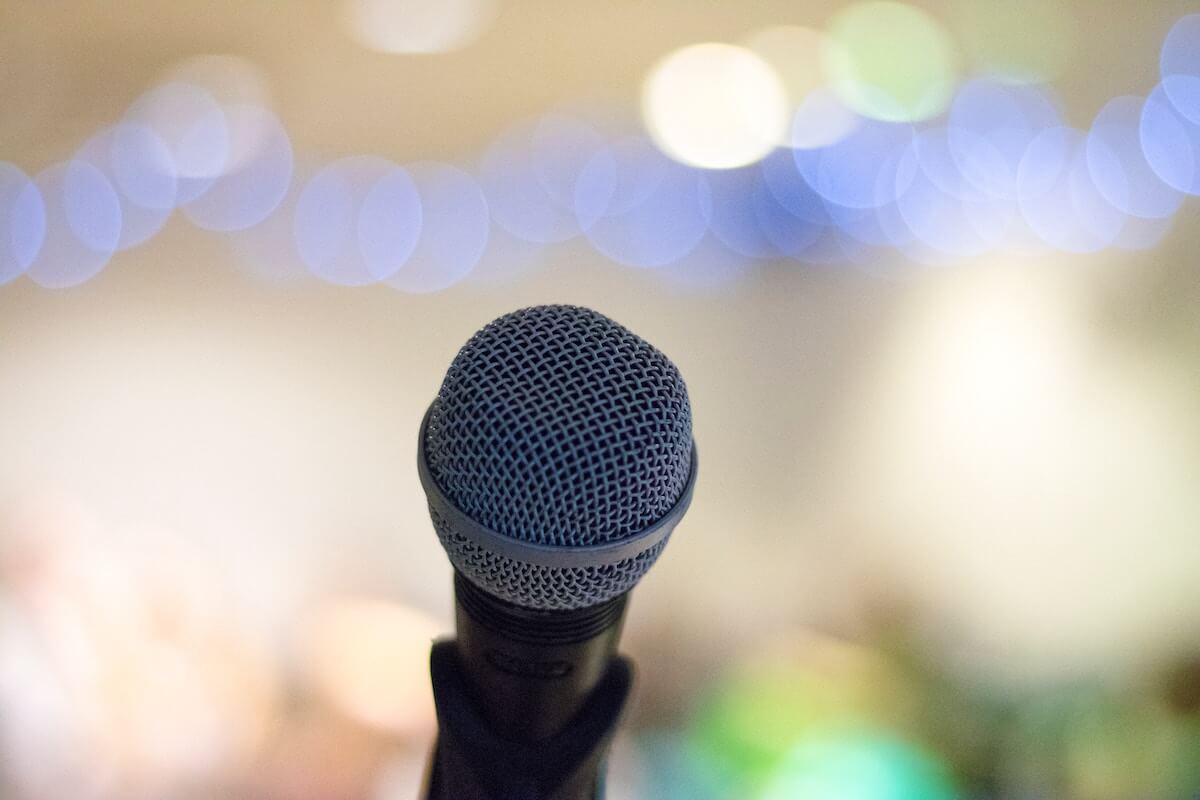 The biggest shiesters in all the land do not feel imposter syndrome, so the simple act of feeling that dread, that deep unrelenting feeling that you suck, means you don’t.

That doesn’t help fix the problem, but it does mean you’re doing something right, and probably something new, if you feel like you’re somewhere you don’t belong.

And it’s hard, too, because especially if you provide services to people, you might feel like you’re not qualified to provide those services if you haven’t done something yourself.

That’s a confusing way to put that. But consultants and coaches can see opportunities in other peoples’ businesses that they can’t see in their own because they’re too close to their own.

So just because you haven’t done in your own business what you’re telling a client to do in theirs doesn’t mean your advice is bad.

Some of the best sports coaches were mediocre athletes. That doesn’t take anything away from how they can make their team perform.

Thought 2: There are a few ways to combat imposter syndrome

Sometimes it’s just something that happens the moment before a breakthrough, and sometimes the mean voice in your head overstays her welcome. (In my head, the voice is a woman’s voice. Your mileage may vary.)

When the feeling sticks around for a few days and you want to throw in the towel, here are my suggestions:

The nice way: “If that wonderful person can do it, so can I!”

Find someone you admire. See them. Understand that they’re just a person, like you. Believe that you can get there because they have too.

This is hard. Often when you find someone you admire, they’re SO FAR AHEAD of where you are now that simply trying to see yourself where they are is darn near impossible.

And if you picked one of your idols rather than simply someone you admire, it’s even harder. We put our heroes on pedestals that they can’t even sustain, so if we try, we will ultimately fail.

The mean way: “If that no-talent so-and-so can do it, what’s stopping me?”

I bet there’s someone in your industry who is not nearly as:

as you are, but is leaps and bounds ahead of you.

Not only do I bet that, but I bet you could name that person if you were given ten seconds to come up with a name.

Look, I get it. Heck, my industry is digital marketing, which is somehow synonymous with “let me swindle you out of some of your hard-earned money with false promises and pictures of me in front of a rented luxury sports car,” so I don’t have to search very long to find that person.

Now that you have a person in mind, here’s what to do: try and find something special this person has that you don’t.

Go ahead. Try. My guess is you’re going to have a hard time finding something that indicates that they belong here and you don’t.

So if that jerk can make it, the only thing stopping you is that mean voice in your head.