When we went to our house, some mail was on our kitchen island.

One was a book I knew about — a European company asked Anne if she knew anyone who wanted a personalized name book. It came with customs stuff on the outside, which was very exotic.

There was another package that was addressed to me from a company I didn’t order anything from.

I opened it by pulling the tape off, one piece at a time. The way they did in the olden days before there were any box cutters.

There was a packing slip at the top. In purple letters, it said, “Enjoy!” with a smiley face. The typed part said, “custom Hydroflask something something,” and I got REALLY excited.

I pulled out this: 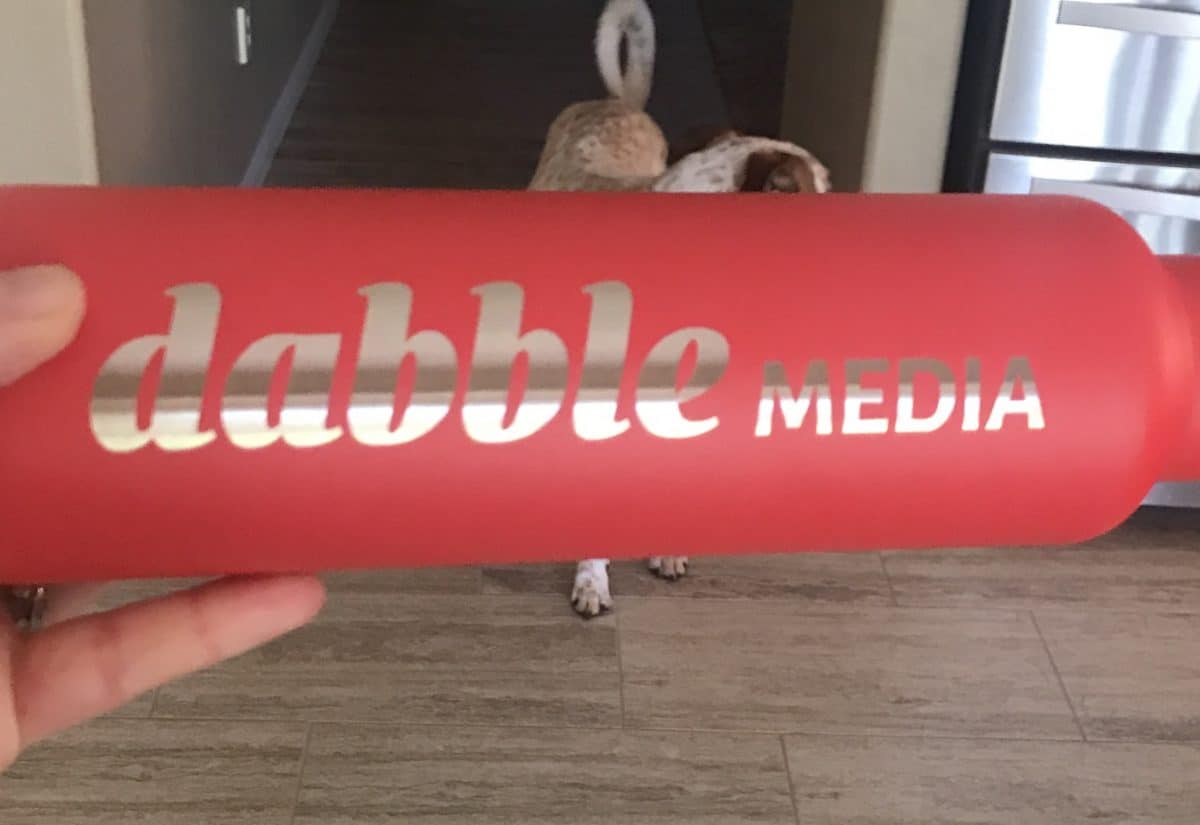 It didn’t occur to me in a thousand years that when Anne asked for my logo that she was going to put it on my favorite brand of water bottle!

She runs a blog called Unique Gifter, and man, did she live up to that title.

I have a sincere and bizarre love for water bottles, and HydroFlask brand bottles in particular.

Which I am told is weird, but you know… it doesn’t phase me to be weird.

And Anne, instead of giving me a hard time, gave me a water bottle!

With my logo on it.

It was a VERY thoughtful gesture, and one that will make me think nice things of her every time I use the water bottle. Which will be often!

Interestingly, I sent her something too.

In our packing, we kept finding five-dollar bills. Only not the kind we can use. The blue kind. The Canadian kind.

So we thought it would be funny to just randomly send all three fives we found to Anne, from a different return address than ours (we used Dad’s in Olympia), with nothing else in the envelope.

As an additional silly/ridiculous piece, Brent wrote “Sorry” on the back of the envelope.

It was intended to look ominous. “What’s this?” she’d wonder. “Why would anyone send $15 in the mail?” and she’d be mystified.

But I messed that all up by asking her if she’d gotten anything weird in the mail, the day before it was delivered.

Anyway, between the two of us, Anne did a much better job gifting. Which could explain her blog’s success.

SAVE & ACCEPT
Scroll to Top
8
8Shares